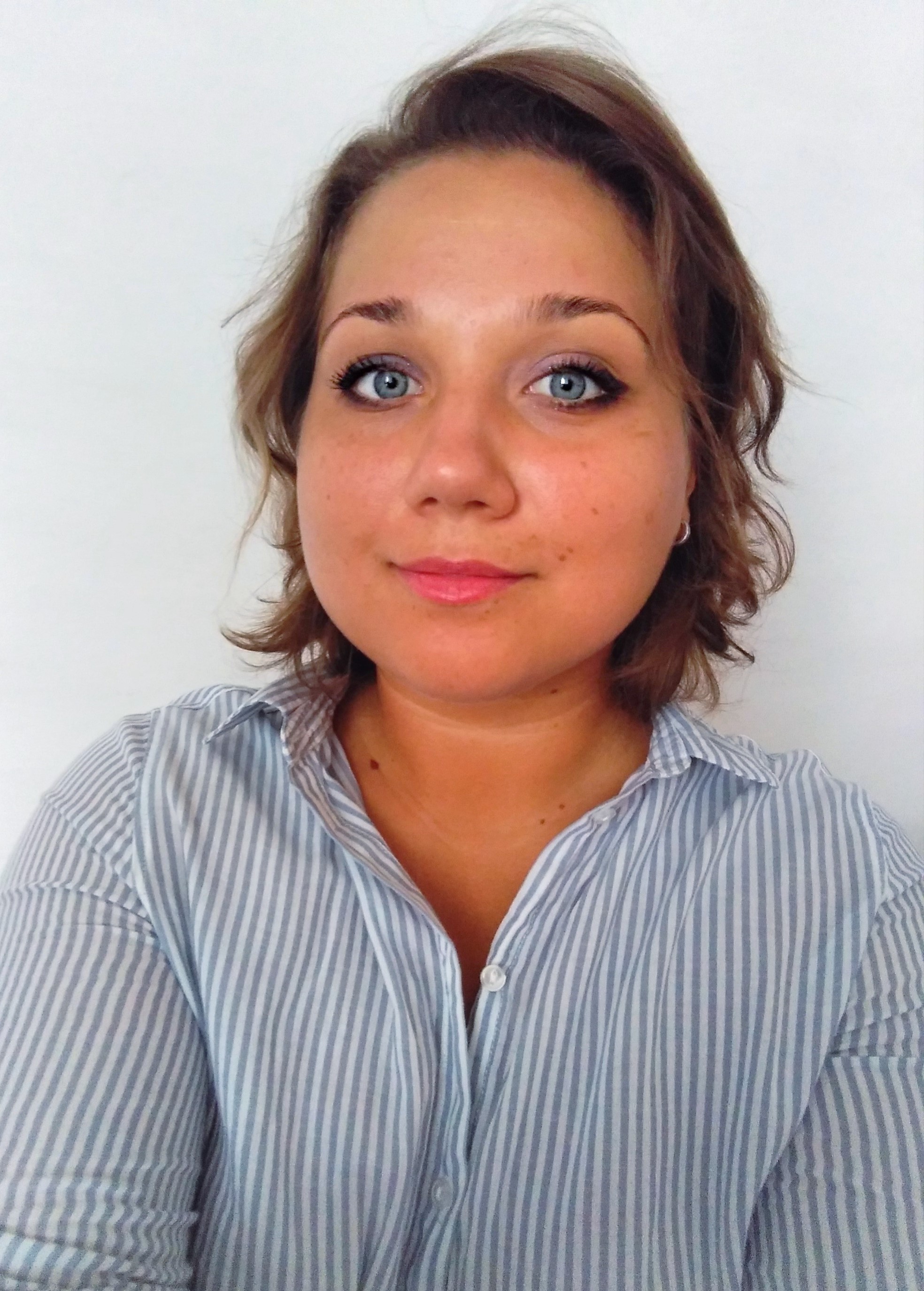 Therefore, they are not new to generating moral panic.

What Dr Dariia Ivanchenko’s thesis focuses on is the moral panic derived from a supposed incitement to suicide perpetrated via the Russian social network VKontakte in 2016 and 2017. 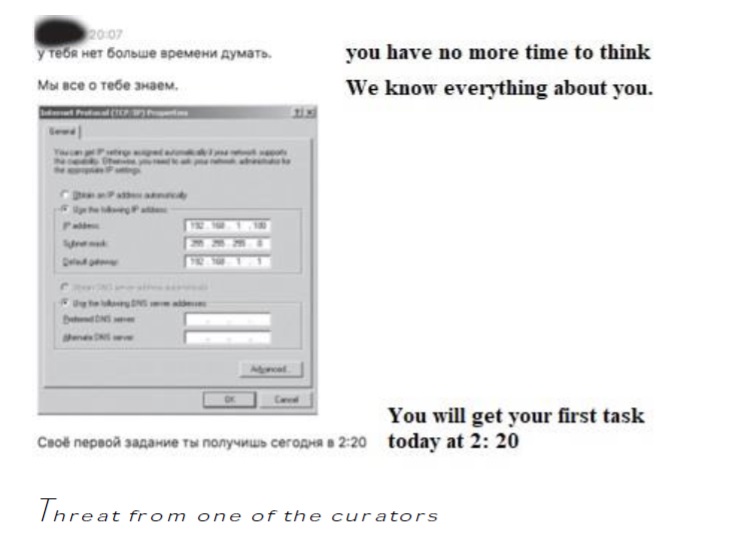 “The purpose of our work – Dr Ivanchenko explains – was to find out whether the Blue Whale case in Russia in 2016 was a moral panic one and to trace its dynamics”. Surprisingly, Blue Whale is a game. Although no causal link has been proved to exist between playing it and eventually completing its suicidal mission, it generated two waves of moral panic in the post-Soviet area, following the publishing in Russia of concerned articles, such as the first one, published on 16th May 2016 on Novaya Gazeta by journalist Galina Mursalieva, who titled about “death groups” on the SNS VKontakte and claimed that, within them, youngsters were coaxed to commit suicide.

Did Blue Whale have such an evil influence? By examining articles published on three Russian newspapers, Novaya Gazeta, Kommersant and Rossiyskaya Gazeta, Dr Ivanchenko described and analysed the origin and spread of the moral panic deriving from concerns about the danger represented by the game. What emerged is that the game could be played in four ways, among which one was considered possibly lethal, i.e. the one in which both the “curator” and the “player” were serious about accomplishing the prescribed tasks: “When the curator is seriously trying to bring a teenager to suicide - Dr Ivanchenko reports - and the player follows his instructions”. 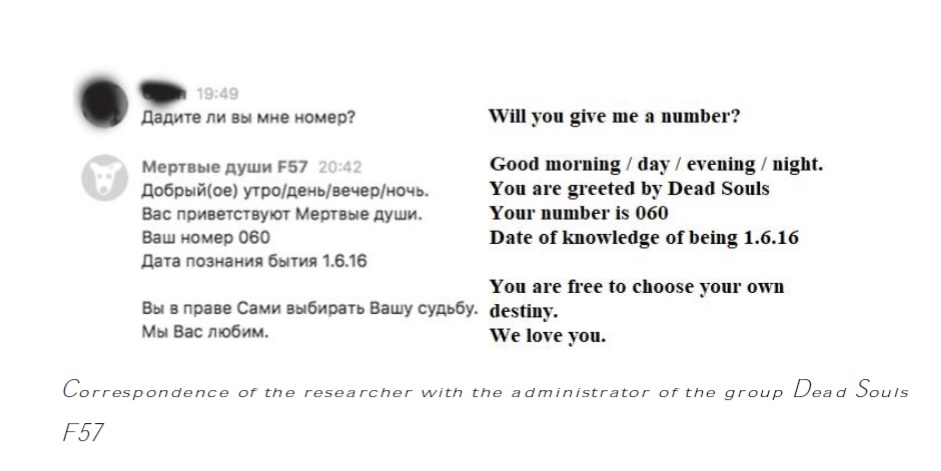 While the first wave of moral panic addressed the abovementioned “death groups”, a new wave of terror originated from the evolution of the social interaction between tormenter and victim: as a result of the media coverage of such groups, in fact, “since February 2017 - Dr Ivanchenko observes - the game consisted only in private correspondence between the curator and the player”, what meant that “anyone could take on the role of curator”. And this resulted in a second wave of fright.

Apart from a review of selected newspaper coverage, Dr Ivanchenko conducted the study by putting it into relation with the results of an analysis carried out by two other means, i.e. an ethnography of the Monitoring of Contemporary Folklore” group and a study of the topics via Google Trends. This triangulation let her achieve a better understanding of the evolution of Blue Whale-induced moral panic: “The first wave occurred in May 2016, the second in February-March 2017”. Under the pressure of an alarmed public opinion, Russian authorities intervened to “improve the legislation”. 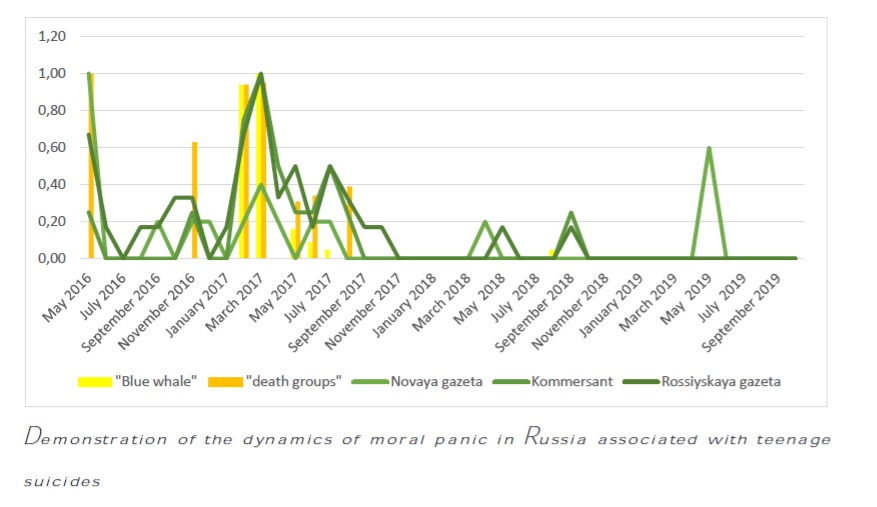 Part of Dr Ivanchenko’s research focuses on the so-called “folk devil”, in this case the curator of the “death groups” or the one-to-one manipulator: this figure “does not quite fit into the classical models”, such as those proposed by “Cohen and authors working in similar paradigms”. What are, then, the characteristics of these evildoers? Dr Ivanchenko sums them up as “anonymity, a desire to harm teenagers and an excellent ability to use the Internet”, at the same time stressing how such traits are “not enough to distinguish the folk devil into a specific group of people”.

If anything positive originated from these events, Dr Ivanchenko concludes, that may be the fact that, in Russia, the two waves of moral panic, which “left a deep mark on society”, brought about “social change” in the form of “a greater attention to adolescents, their problems and their relationships with parents and peers”.